This page is all about my favourite things, means full of veriety.

A fortune cookie is a crisp cookie usually made from flour, sugar, vanilla, and sesame seed oil with a piece of paper inside, a “fortune”, on which is an aphorism, or a vague prophecy. The message inside may also include a Chinese phrase with translation and/or a list of lucky numbers used by some as lottery numbers, some of which have become actual winning numbers.Fortune cookies are often served as a dessert in Chinese restaurants in the United States and other Western countries, but are not a tradition in China. The exact origin of fortune cookies is unclear, though various immigrant groups in California claim to have popularized them in the early 20th century. It was most likely brought over from Japanese immigrants in the late 19th or early 20th century. The Japanese version did not have the Chinese lucky numbers and was eaten with tea.

swimming  pool of my son

Just now  ,I saw, this black pigeon was sleeping  on my window. I started  capturing but pigeon woke up and flew away .I always wanted to capture close up of pigeon.

Be kind enough to help others but be careful  when others are being kind and helping.

Be wise enough  to understand  the situations  and intentions  of others.

I wish indopak border could be such peacefull too.

Border is a 1997 Bollywood war drama filmbased on the Indo-Pakistani War of 1971. J. P. Dutta directed and produced this war epic which stars Sunny Deol, Sunil Shetty,Akshaye Khanna, Jackie Shroff in pivotal roles. The film is an adaptation from real life events that happened at the Battle of Longewala during the Indo-Pakistani War of 1971 and the Bangladesh Liberation War. The film was screened retrospective on August 13th 2016 at the Independence Day Film Festival jointly presented by the IndianDirectorate of Film Festivals and Ministry of Defense, commemorating 70th Indian Independence Day 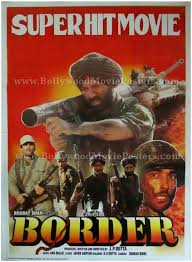